Earthquakes, tsunamis, volcanic eruptions: due to its geographical location, Indonesia is repeatedly hit by natural disasters. On the island of Sulawesi, we regularly provide emergency aid to those affected in the event of a disaster. In addition, we have created prospects for the local people with our plastic waste project and at the same time promoted environmental protection.

Due to the special geographical location on the Pacific ring of fire, the earth in Indonesia quakes almost daily. Many of the earthquakes are hardly noticeable for humans. However, there are always catastrophic exceptions, usually followed by devastating tsunamis.

This was the case on September 28, 2018, when our project region Sulawesi was shaken by an earthquake with a magnitude of 7.4. More than 4,000 people lost their lives in the catastrophe, another 211,000 became homeless.

In addition to the constant natural disasters, the island state faces another problem: plastic pollution. After China, Indonesia ranks second on the list of the largest producers of plastic waste. Plastic waste is not recycled, but ends up in huge dumps.

However, plastic does not rot, it only breaks down into small pieces - microplastics. Due to the lack of recycling systems and the floods of the tsunamis, plastic ends up in the sea and causes great damage. Every year in Indonesia about 3.22 million tons of plastic waste are disposed of uncontrolled, of which about one third ends up in the oceans.

In the event of a disaster, fast help is needed. To ensure that we can respond quickly and appropriately in the event of an earthquake or tsunami, we work closely with our long-standing partner organisation on the island of Sulawesi. Together, we distribute relief supplies and provide psychological and medical aid, for example after Cyclone Seroja in April 2021.

In 2018, the island of Sulawesi was shaken by several earthquakes and a tsunami. Help was also immediately on the scene at that time and subsequently became particularly involved in strengthening hygiene and health care.

Stop the plastic flood: From waste collection to recycling

When the floods receded after the 2018 tsunami, the plastic problem in Sulawesi became even more apparent than before. Plastic carpets spread across the landscape, and the region's waste system was also destroyed. As many people had lost not only their homes but also their jobs, Help and the local partner organisation developed a holistic strategy to help people and the environment at the same time.

We founded eight so-called "Bank Sampah", i.e. waste banks where people can exchange their plastic waste for a small amount of money. The waste is then resold or recycled directly. Over 3 tonnes of plastic waste and over 3 tonnes of other waste (e.g. paper) have already been collected through the waste banks. In addition, 104 jobs have been created, thanks to which people now have a regular income.

In addition, we have sensitised the public, especially schools, to plastic pollution and informed them about recycling measures and plastic alternatives, for example bamboo drinking straws or cloth bags. We worked together with local school and environmental authorities and were able to inform over 5,000 children at 16 schools about the plastic problem. We reached around 1.5 million people in Indonesia through online campaigns.

Facts about Help in Indonesia 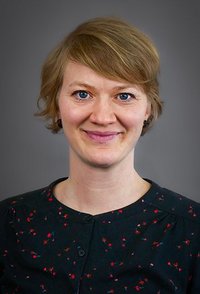