Since the beginning of the Russian invasion of Ukraine, more and more people are seeking refuge in Moldova. In relation to its population, the small and very poor country has taken in more people than any other in Europe. Providing for the many refugees is an enormous challenge.

Republic of Moldova: Fear and solidarity

In no other country in Europe is poverty as great as in the Republic of Moldova. Due to a lack of job prospects, more than a quarter of the population lives and works abroad. Many children grow up without parents. Older people often have no one to look after them.

Another burden on the development of the former Soviet republic is the now "frozen" conflict over the region of Transnistria. Since 1990, the narrow strip of land in the east has been de facto independent of the central government in Chişinău and remains close to Moscow.

With the start of the Ukraine war, the situation in Moldova has worsened. Over 500,000 refugees have already entered the small country. Even if many continue their journey, providing for the new arrivals is a feat for the economically weak state. Added to this is the fear that the ever-approaching war might not stop at the Moldovan border.

The willingness to help with which the refugees from Ukraine are being received in the neighbouring countries is almost boundless - but the resources are not. Moldova in particular can hardly cope with the influx on its own. Help is therefore providing emergency aid for the many refugees in the country.

Through local partners, we are currently distributing hygiene kits, blankets, food vouchers and other essential relief supplies. As there is a great shortage of specialists in the Republic of Moldova, we organise online consultations with qualified doctors and make outpatient treatment possible, especially for chronically ill refugees. We also equip mobile medical teams with equipment and medicines, distribute information materials and have set up a laundry service to prevent skin diseases such as scabies.

Long-term measures such as legal counselling for those affected or vocational training and further education are also being planned.

Lidija and her daughter come from Mykolayiv near the heavily contested port city of Odessa. Out of concern for Lidija's health, the two finally decided to flee:

"I got cancer and almost all the doctors in Mykolayiv fled. There were only four nurses left in my hospital, and they could only give me painkillers. That's why I fled to Moldova with my daughter and our two dogs. I only want to stay here for a few days and then travel on to Vienna."

Together with local partners, Help provides medical and social aid for Ukrainian refugees in Moldova.

Your donation for Ukrainian refugees in Moldova

Help us to give refugee families in the Republic of Moldova a helping hand: 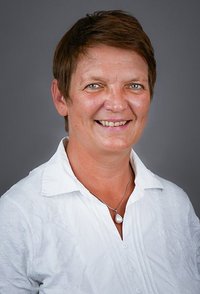