Mali is a country shaken by crises and suffering from shortages of food and drinking water. Help fights malnutrition among Malian children and improves access to water. By drilling wells and building sanitary facilities, we are improving hygiene in schools and health centres. With your support, we can help people in Mali – donate now!

From a democratic trailblazer to a starving nation

After the overthrow of the military dictatorship in 1991, a peaceful democratisation process was launched in Mali, and free elections were held. But the tide turned in 2012: the president was deposed, and militant groups took over large parts of the country.

Today half of the population live in extreme poverty. A quarter of the people in Mali do not have access to clean drinking water. In the Gao Region, where Help is active, almost half of all households do not have enough food to feed themselves. 15 per cent of the population are suffering from acute malnutrition and are classified as being in urgent need of aid by the United Nations.

Health care is also extremely alarming in our project region Ansongo, as there are just 0.33 doctors for every 10,000 residents. As a result, almost three-quarters of women are forced to give birth without professional assistance.

Help has been active in Mali since 2013 and has achieved a great deal in this time: during the Ebola outbreak, we equipped hospitals and trained staff in how to fight the epidemic. We collaborated with television and radio broadcasters to raise public awareness of the risks of Ebola and about the preventive measures that can be taken.

Today Help supports people in Mali by drilling wells to supply them with drinking water. We have trained a number of water committees and mechanics to ensure that the wells continue to operate in the long run. In addition, Help has built sanitary facilities in several schools and health centres.

Facts about our Help in Mali

Your commitment will save lives.
Help the people in Mali! 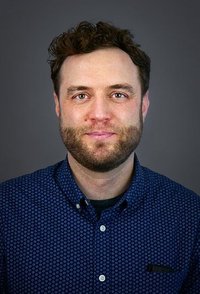