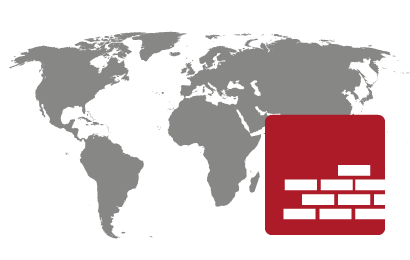 The earthquake in Nepal showed us the terrible consequences that natural disasters can have in poor countries. Help is involved in effective reconstruction measures and protects people against the threat of disasters in the long term.

The poorest are hit the hardest

The earthquake in Nepal in 2015 completely destroyed 600,000 houses. A further 300,000 were severely damaged. Typhoon Haiyan in 2013 on the Philippines made 4 million people homeless.

The most important reasons for the enormous damage after natural disasters in developing countries are poverty and a lack of education. The people affected are forced to build their houses from the resources which are available. This means that the buildings are usually neither earthquake-proof nor can they withstand high wind speeds. People often lack the knowledge how to build robustly and safely so that the buildings can withstand future disasters.

For Help reconstruction means not only recreating the past but taking preventive measures in building methods. This is to reduce damage in the event of a further disaster or even prevent it altogether.

Help is therefore introducing sturdier building methods so that the buildings can withstand an earthquake. We are building protective walls and banks in areas liable to flooding in order to prevent floods. New methods are always passed on to the locals so that they can use them for future building projects themselves - along the lines of "Assistance towards self-reliance".

We always involve the local population directly - particularly when building up complete infrastructures because the locals know the circumstances in the region and their own requirements best of all.
Also after disasters and the initial emergency aid measures Help does not leave the people affected on their own but supports them until they are once again able to lead a life of self-determination and independence.

Balkans: Reconstruction after once in a century flood

The serious flooding in the Balkans in 2014 made 525,000 people homeless. Since then Help has been involved in Bosnia and Herzegovina as well as in Serbia with reconstruction: Overall we have been able to support 550 small businesses. We have renovated 179 homes and built 20 houses. A nursery was established with our help, a general store was reopened and a workshop can once again welcome its customers.

Earthquake in 2010: Houses for Haiti

The destruction after the earthquake was substantial: 1.5 million people were homeless and the entire infrastructure in the country was paralysed.
Help built 1,300 accommodation units for the families in need. With the help of the local population we set up medical centres, schools and repaired 12 km of road. We organised a campaign on how to build using earthquake-proof methods. In addition, we supported small businesses in producing and supplying building materials.

Promote our work in the field of reconstruction!