Albania is one of the poorest countries in Europe. For many people, everyday life is an uphill struggle, made even harder by the 2019 earthquake. Immediately after the disaster, Help supported families with effective emergency aid. In the future, we will help young people in Albania in particular to set up their own businesses, thus combating poverty and the causes of flight in a sustainable way.

A country of shocks

The legacy of the communist past still weighs heavily on Albania. For over 40 years, the people lived under the totalitarian dictator Enva Hoxha, who led the country further and further into isolation. To this day, around 200,000 bunkers, which Hoxha had built all over the country as protection against external enemies, serve as silent memorials to this time. The regime was overthrown in 1990, but corruption, nepotism and organised crime have so far prevented the country from recovering. Albania remains one of the poorest countries in Europe. Many young people in particular leave their homeland in search of work.

The political upheavals were finally followed by a natural one: On 26 November 2019, the earth shook in Albania, killing 51 people, destroying public facilities and roads, and tens of thousands losing their homes. Many people have been struggling with trauma and even greater financial problems ever since. They lack the money to make a new start.

Immediately after the 2019 earthquake, Help stood by the people in Albania with effective emergency aid. In the particularly hard-hit port city of Durrës, our team distributed mattresses, sleeping bags and blankets during the night. This was a great help for the many families who had lost their homes.

Not only private houses, but also many public facilities such as schools and kindergartens were destroyed in the quake. A challenge for the parents, who now had to take care of their children in addition to work and reconstruction. To relieve the families, Help therefore dedicated itself to the reconstruction of a kindergarten in Kavaja, a small town near Durrës, after the end of the emergency aid. 120 children can now play and learn here again in a safe environment.

In the future, Help will continue to be active in Albania in order to sustainably combat poverty and the causes of flight. In particular, we will support young entrepreneurs and start-ups in setting up and running their own businesses, thus enabling many families to earn a secure income.

Facts about Help in Albania 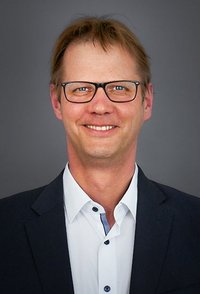