Currently, around 13 million people in the Congo are starving. In addition, the everyday lives of many families are shaped by violence and being on the run. Help offered emergency relief and provided those affected with seeding material in order to ensure long-term nutrition.

They lost everything on the run

For over 20 years, the population of the Democratic Republic of the Congo has been suffering from a complex crisis. The eastern part of the country in particular is marked by armed conflicts, mainly due to ethnic conflicts as well as foreign interventions. These conflicts have been responsible for the violent displacement of numerous people. Currently, there are 4.5 million internally displaced people; another 800.000 have fled to neighbouring countries. Constant companions on the run are hunger, despair and fear.

The South-Kivu region is particularly affected by refugee movements: Around 800.000 refugees live there. Many of them have fled into nearby woods and had to leave all their belongings behind. Entire villages have been looted and destroyed, resulting in a lack of food supplies and harvests. 3.65 million people in South-Kivu do not have enough to eat.

Emergency relief for the poorest of the poor

In Minembwe the situation has been particularly problematic after March 2019, when various armed groups looted and burned down dozens of villages. In cooperation with our local partner UGEAFI, we mainly supported refugees, returnees and the local population in the Minembwe region in South-Kivu.

In addition to hygiene products, those affected received clothing and blankets in order to protect them from the cold and wet weather. Help also provided seeding material so that the people can grow their own vegetables and live self-sufficient. Moreover, the harvest offers an income opportunity for those affected, as they can sell surplus yields. Help also distributed school materials to children so that they can go back to school.

In July 2018 the first outbreak of Ebola was confirmed. Since then, several people had fallen victim to the virus. The disease raged particularly hard in the North-Kivu region, which is characterised by extreme poverty. Hunger, pre-existing illnesses and above all the poor supply of clean water and sanitary facilities ensured that the virus had an easy going.

In North-Kivu Help has tapped new sources of drinking water, installed latrines and hand washing facilities and provided education to enable people to protect themselves better against diseases such as Ebola in the future.

Despite recent successes in the fight against Ebola, the situation remains serious. If the coronavirus also spreads the country is threatened with a disaster. Aid is still urgently needed.

Figures about the Democratic Republic of the Congo

Facts about Help in the Democratic Republic of the Congo

Donate to Help and support people in the Congo! 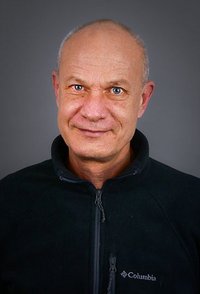